All of us long to live in a state of love, to reside in our hearts and feel a blessed flow of energy ebbing and rising. We have all experienced that at some moments in our lives and nothing recalls it more than being graced with a 12-week-old puppy that epitomizes that state for us almost every moment. 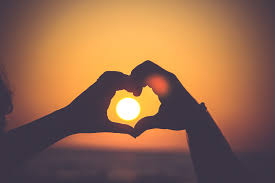 Love is what we find in relationships and yet we humans seem to have such a bias against the potential of a deeply loving relationship. Somehow we have developed a massive block of negative beliefs and maybe the most dominant of those is the belief that we can’t be in a relationship and have our own life. We seem to think there needs to be a trade off and we need to give something up; well at least one of us has to. At some point in all our relationships we balance out, with one partner appearing to get what they want and the other going further and further into losing their true self and moving into sacrifice. This can continue for years but usually at some point the sacrifice explodes into, “what about my life???!!!,” and the independent partner replies, “where did that come from???!!!”

So we set up a dynamic whereby we desire love and relationships but we fear losing ourselves in sacrifice even more, and this is a dynamic which holds us back in so many other areas of our lives too, work, play and in our general willingness to connect.

We all have loads of sacrifice in our minds and while we might not do it ourselves we try to get others around us to do it instead, usually by becoming a master at laying guilt trips on them.

So how do we get ourselves out of this no-man’s land, this place of no juice, caught between our need for love and our fear of sacrifice? Well let’s look at one dynamic of sacrifice for while there are many one will do for now.

Our sacrifice is compensation. We sacrifice ourselves to prove to the world that we are not bad people. Our sacrifice is our attempt to hide our feelings of guilt and not to deal with our deep negative beliefs that formed so long ago. We have this choice of delving into our past and the untrue beliefs about ourselves, or living a life of sacrifice. Our sacrifice is a burden, which always makes everything difficult, so much so that we often give up more and more easily the older we get. Also as all sacrifice is compensation, which means we feel one way but act in another, we will never receive a reward for what we do. As we used to say in our seminars, “that dog don’t hunt!” so it is only a matter of time before we hit the rage of sacrifice.

Every relationship has some level of sacrifice in it, but as soon as you or 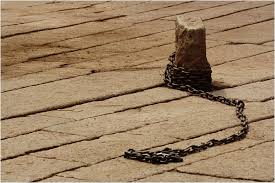 your partner, even your business partner recognises the swamp of sacrifice then it is time to act. It is time to find the origins of it and do whatever forgiveness is necessary until we are free of it. Because the truth is that we started those destructive beliefs in order to hide from our true selves and the wonders we all really are.

It is a myth to believe you can’t be in a relationship and not be yourself, for essentially that is the purpose of being in relationship – to re-find your self at last.